Gardening season is starting at Kid Power! Students are beginning the spring portion of VeggieTime by prepping and planting their Kid Power gardens!

I visited Jefferson to see how the students were kicking off their gardening adventures. Last year, Jefferson won the Healthy Sprouts award for its garden, and they were hoping they could do the same again this year. 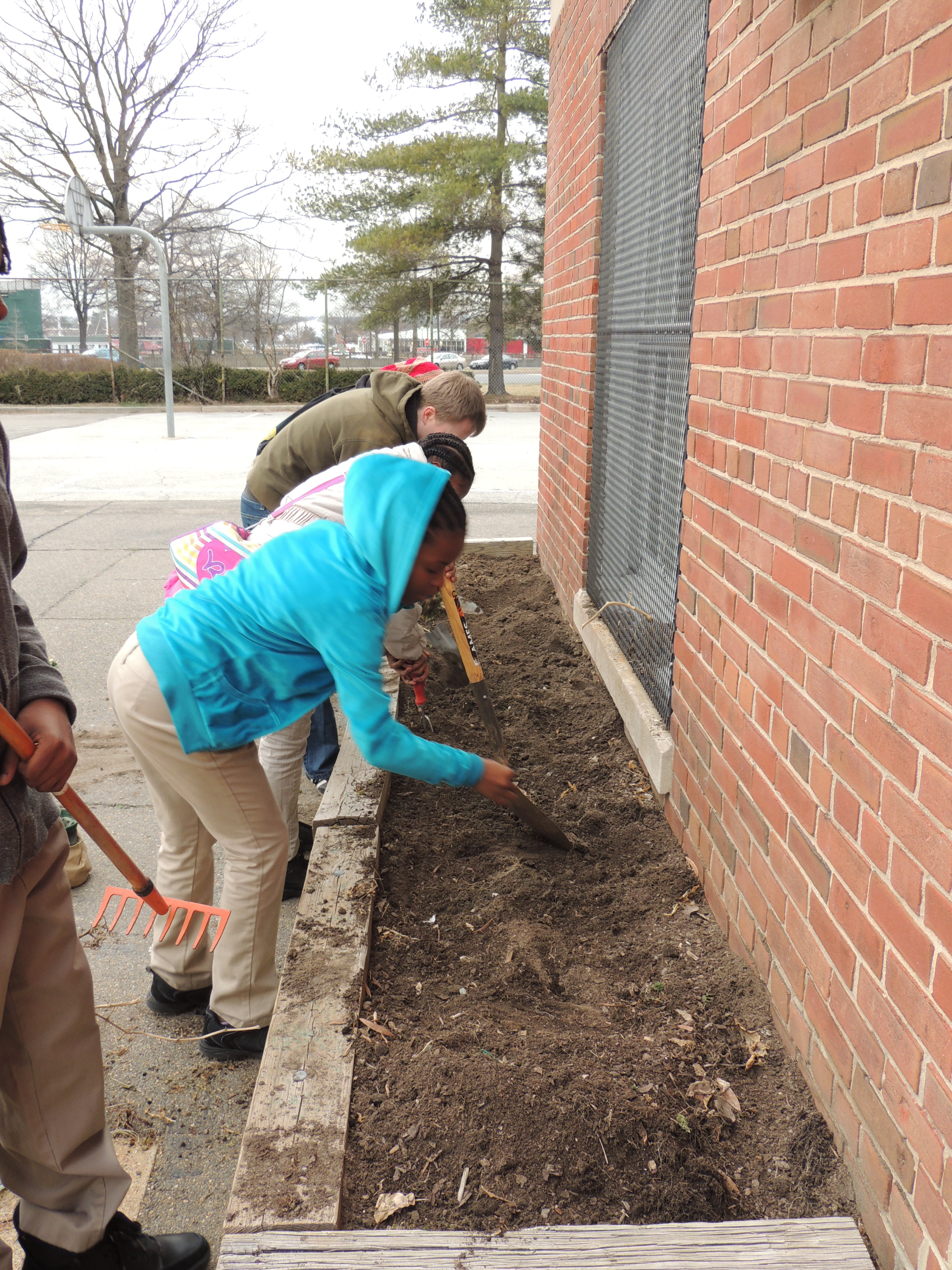 The Jefferson youth worked hard to make sure their gardens would yield lots of crops! Students prepared the garden for planting by pulling out weeds and turning the soil. They knew gardens were ready when they saw dark soil on the top of the beds.

“The darker soil holds more nutrients” said Evan, a 7th grader and second-year Kid Power student. "The nutrients will help their vegetables to grow, and we're planning on  them growing a lot."

With two garden beds prepped and ready to go, and two newly constructed beds soon to be filled, it will be exciting an exciting spring for Kid Power at Jefferson. Be on the lookout for updates on their vegetable growth, and healthy cooking classes using the crops!