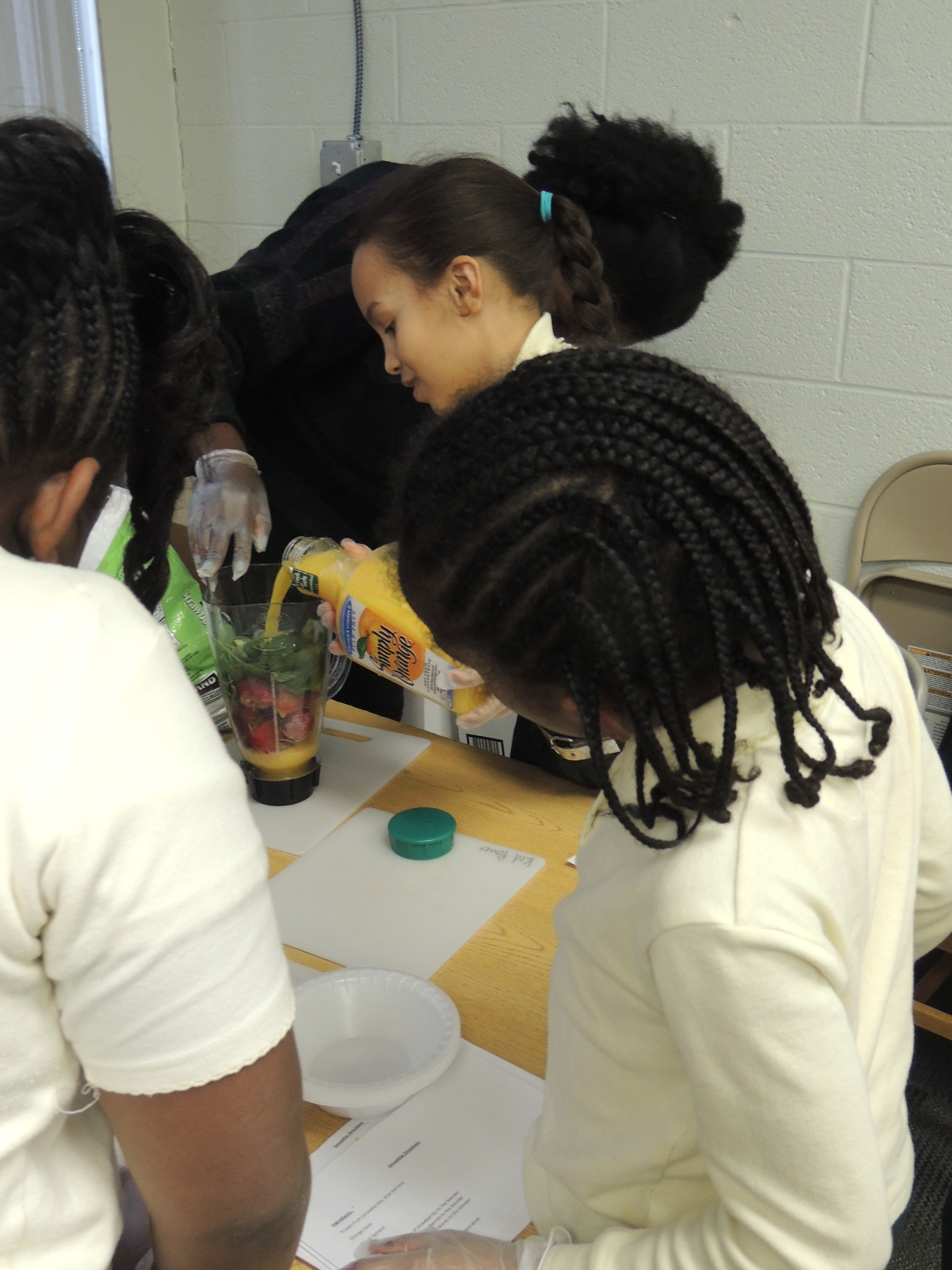 An important part of Kid Power’s Veggie Time program is to teach youth how to prepare healthy snacks and meals not only for themselves, but also for their families. One of the ways this is done is through hosting Parent Nights. During this Parent Night at Tubman Elementary School, students decided to make smoothies and complete a craft project with their families.

I showed up as the students at Tubman were preparing strawberry and blueberry smoothies. They looked delicious. Students used ingredients that were high in vitamins and nutrients. Ingredients included orange juice (high in Vitamin C), strawberries ( high in Vitamin C), blueberries (good source of Vitamins C and E) and a special secret ingredient, spinach. Adding spinach to the smoothies boosted the Vitamin A content by 377%! When Tubman students first made smoothies earlier this year, some were hesitant about adding spinach to the smoothie, but other students reassured them that spinach is good for you and you can't even taste it in the smoothies.

One dad and son refer to the smoothies as "The Incredible Hulk" in reference to its green color caused by the spinach. "I also made smoothies at home," said Kid Power Tubman student Andre."I added pears, apples, cucumbers, broccoli, kiwi, lime and a lot of ice. It was really good, but the cold hurt my teeth." 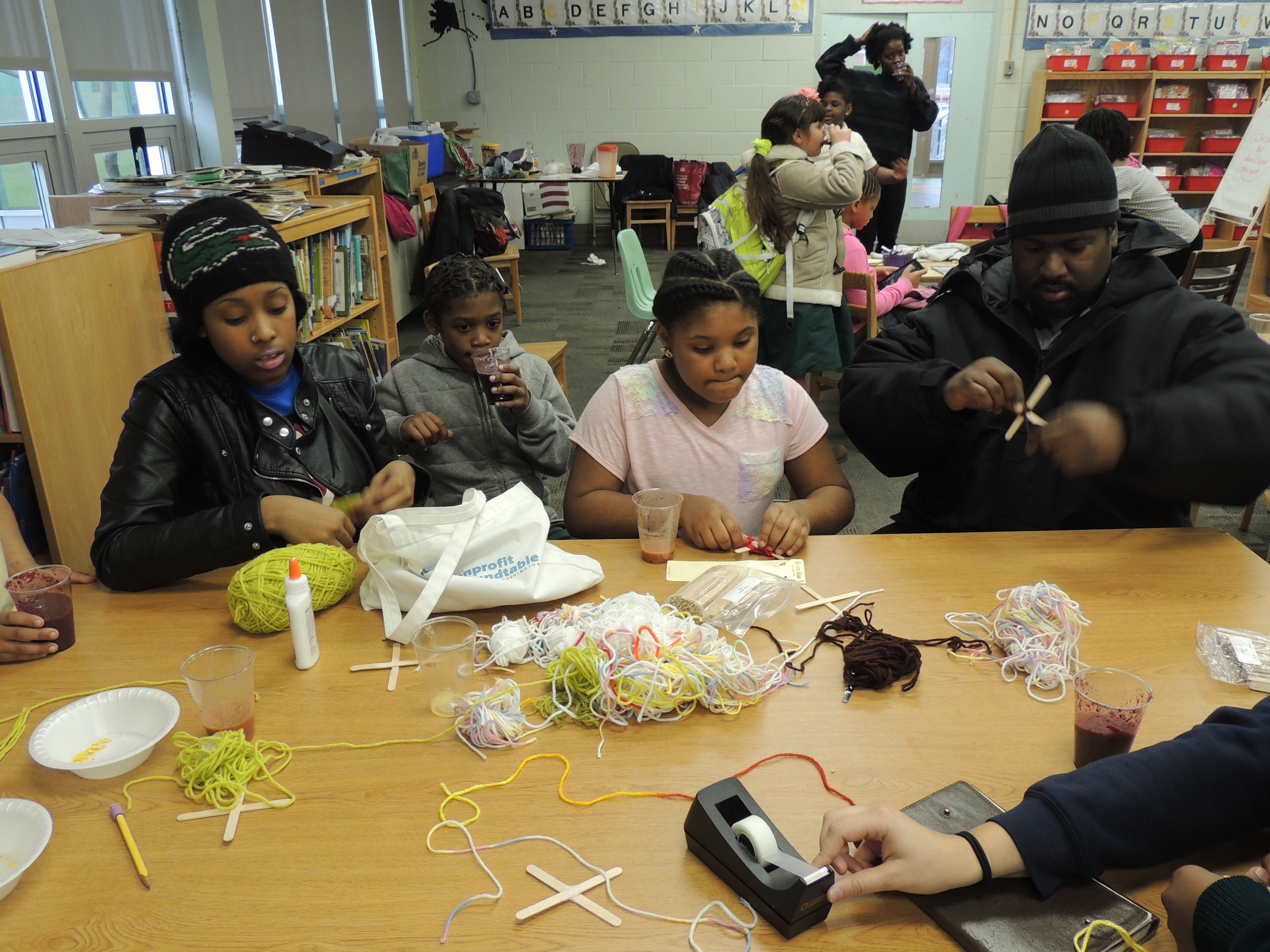 Kid Power students also led parents through one of their favorite craft projects called “Ojo de Dios” or “God's Eye.” Students first learned about this craft while learning about Mexico for Hispanic Heritage Month in October. Students taught their families how to weave yarn around Popsicle sticks to make different colored patterns. They all looked so beautiful and different, and the parents seemed to really like the craft. It was great to see the kids so eager to share with their parents all the fun they have in Kid Power.